What Are the Benefits of Ceiling Fans?

What Are the Benefits of Ceiling Fans? 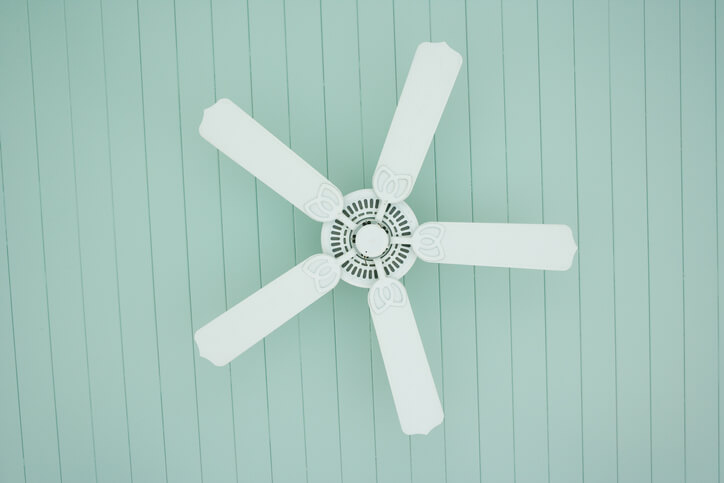 Ceiling fans became less popular in the 1950s but then picked back up in the 1970s.

Around since the late 1880s, ceiling fans have become a staple in U.S households. It was one way to make rooms more comfortable. They lost a bit of popularity in the 50s as airconditioning came to our homes. However, in the 1970s during the energy crisis, they made a comeback. To this day, they still remain in demand and a common household fixture. Yet, with technology today, what are the benefits of ceiling fans? Do we actually need them? Read on to find out.

First, it is important to understand that ceiling fans don’t actually reduce the temperature. However, the air they do circulate can make the room feel 4-5 degrees cooler. They can also do the opposite. Curing winter months, it can help pull the cool air upward. By reversing the rotation of the blades, a setting on most modern fans, you can change how the air flows. This forced the warm air down and gives a more even temperature throughout the room. It can cool in the summer and heat in the winter. Win-win.

One thing to look at when buying ceiling fans it is efficacy label. Every new fan sold in the US comes with one. It shows you the airflow, electricity use, and airflow efficiency. Airflow is measured in cubic feet per minute (cfm), electricity in watts, and airflow efficiency in cfm/watts. Airflow efficiency can range from 35 cfm/watt on the low end and 100 cfm/watt on the high end. Typically a decent fan will fall between 60-75 cfm/watt. Just something to consider the next time you go buy a ceiling fan.

Speaking of efficiency, it is also interesting to learn that some things aren’t so efficient about ceiling fans. For starters, they don’t save on energy costs if you have your a/c or heater set to extremes. They only actually work to supplement your HVAC systems if you have the thermostat set to slightly higher or lower during the summer and winter months.

Also, it might be surprising to know that lower speeds are more efficient. You actually get more cfm/watt when you run the fan on low or medium. And if you really want to get technical about the math of it – it goes to show that the bigger than the fan, the better. So big fan, low speed the more optimal efficiency. Only with the above considered, changing thermostats, lower speeds, can you actually save money with ceiling fans. Most of the time you will notice more savings in spring and fall, when the weather is less extreme.

Are there any downsides?

While ceiling fans can definitely help the comfortability of a room, they do have their downsides. When used as the main source of lighting, they aren’t terribly bright. If it’s the main living space, most likely you will need supplemental lighting. In addition, they can be difficult to clean, especially with tall ceilings. This also goes for bulb replacement. Make sure when you install, you have the proper equipment to reach it again.

In all, there are many benefits to ceiling fans, and they can outweigh the cons. If used properly, they can save you money. However, leaving fans on all day doesn’t actually make a room cooler or warmer. To save money, turn them off. Only use fans when people are in the room. Don’t forget to keep your thermostat a bit lower during the winter months and higher for summer. This is when ceiling fans really can make a big difference. If you liked this article, check out the rest of our blog.