Geothermal Systems – What You Need to Know

Geothermal Systems – What You Need to Know

Geothermal systems work similarly to other heating, ventilation, and air conditioning (HVAC) structures. However, there is one major difference. Geothermal systems utilize the ground rather than air to absorb or release heat. So, if you are considering installing a geothermal heat pump (GHP) system for your facility or business, pay close attention. Here are some things you need to know about geothermal systems. 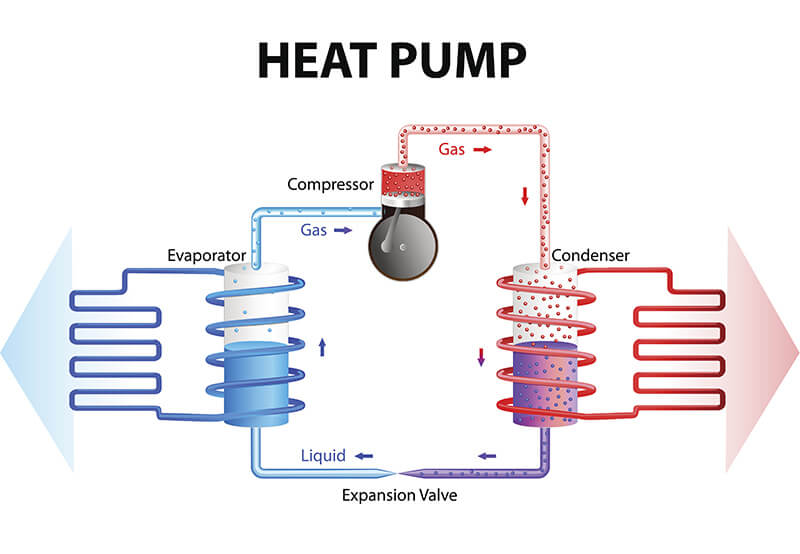 Traditional heat pumps use a vapor compressor cycle to transfer heat. Conversely, Geothermal systems use the ground as a main energy source.

When your building uses a reversible heat pump, heat can flow either direction. During the summer months, heat pumps move heat from the indoors to the outdoors. Conversely, during the winter it moves heat from outside to the inside.

There are two main types of geothermal heat pumps that use the ground, including the following:

Geothermal systems, or ground water source heat pumps, have three main parts – a heat exchanger, an air system, and a heat pump. The heat pump compresses a vapor to impart energy. The vapor condenses and gives up the energy as heat. Then, condensed fluid flows through an expansion valve where a pressure drop causes the fluid to evaporate and absorb heat. This vapor returns to the start of the cycle.

The Pros and Cons

Ground water source heat pumps have higher efficiency than air source heat pumps. In fact, according to the U.S. Department of Energy, it is one of the best ways to get clean, renewable energy. Think of it this way — if you want to cool a pot of water, placing it on a block of ice will cool it off faster than placing it next to a block of ice and blowing the cold air at the pot.

In addition, ground water source systems also cost less to run. The ground heats the fluid to evaporate it, so these systems often do not need furnaces or boilers for heating season.

Are Geothermal Systems Right for Your Building?

Geothermal systems work best when the building stands on a large lot or is positioned where a deep hole can be dug. Although the cost and space required by geothermal systems are high, the energy savings means that the system will be more efficient, greener, and cheaper in the long run.

If you are interested in geothermal systems, the Severn Group can help. Contact us today to start the process of designing a ground source HVAC system that’s right for your building.